School Board Member Korenstein calls it a day 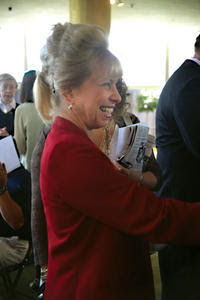 Los Angeles Unified School Board Member Julie Korenstein has announced that she will not seek re-election to the position she has held for 22 years.

Her announcement came one day after two-term board member Marlene Canter also announced that she would step down when her term expires next June.


"I'm flabbergasted," said Bill Ouchi, a professor at UCLA Anderson School of Management who has long been involved in school-reform efforts. "These are two people who have put in unbelievable numbers of hours and have exposed themselves to tremendous personal criticism and pressures because they really care about the children and the schools. It's a changing of the guard."

In recent years, the board of the Los Angeles Unified School District has become a battleground for control between forces promoting different visions of reform. The main players have been the teachers union, Mayor Antonio Villaraigosa and supporters of charter schools, which are independent of direct district control.

The six-term board member frequently became a defender of the institution and a critic of funding levels she considered far too low. She also relied on a thin staff, donating the extra dollars instead to help local schools.

Korenstein began in 1968 as a parent volunteer before becoming a district teacher. She also founded a tutoring service for at-risk youth before being elected to the board in 1987. The boundaries of her Valley-based district have changed over time; they now include much of the north and east Valley. [LA Times]

Posted by Beckford Parents at 5:03 PM

Email ThisBlogThis!Share to TwitterShare to FacebookShare to Pinterest
Labels: julie korenstein, lausd board of education